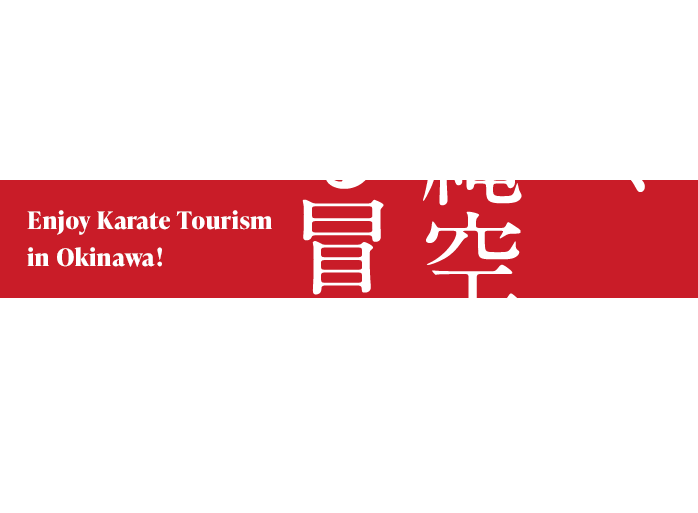 The birthplace of karate, Okinawa, Japan. Famous for its exquisite beaches and its unique culture and history, Okinawa is a place where you can take in the sights while experiencing karate.
Here you can find karate tourism packages ranging from tours tailored for beginners to those for seasoned karateka.

It has been said that there are over 130 million karate enthusiasts around the world. But did you know that karate is originally from Okinawa, Japan? Indeed, karate developed in Okinawa over the centuries from a fusion of the traditional local "ti" martial arts and martial arts orignating from China (*various theories exist). Today, there are various styles of karate and three major styles of Okinawan karate (Shorin-ryu, Goju-ryu, and Uechi-ryu). While modern-day karate signifies “empty hand” or no weapons, the ancient origins of karate include kobudo, which makes use of stick weapons, nunchucks, sais and other weaponry.